Jeff Hardy is ringside popping a squat on an unforgiving chair (of the steel not lawn variety). Anybody remember MVP’s Beat Down Clan in TNA? Listed on Wikipedia as a “villainous stable”. Foley on commentary says it took “great restraint” for Hardy to withstand MVP’s verbal abuse pre-match. Ross suggests perhaps he’s “filing it away for later” like that Juelz Ventura clip Shannon Moore showed him on the long car ride to the Giant Center in Hershey. MVP does some nice vocal work on his sells and dug him targeting Wang’s abdomen. He got in a nice series of knees to the mid-section early and later caught Yang coming off the top with a gut-buster. The Drive-By Kick ends it with finality. 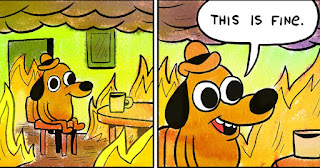 Now hop on the Network and relive the Hardy & MVP feud which began in earnest the week prior when MVP cut a promo on the untimely death of Jeff’s dead dog that burned in a fire. Jeff’s threat post-match “If you ever mention my home, the fire, or my dog again I’ll prove to you what kind of man I am” had me guffawing.
Posted by Brian at 12:57 PM 2 comments: